NEUTRALIZING BASE EROSION AND PROFIT SHIFTING BY MULTINATIONAL AND TECH COMPANIES 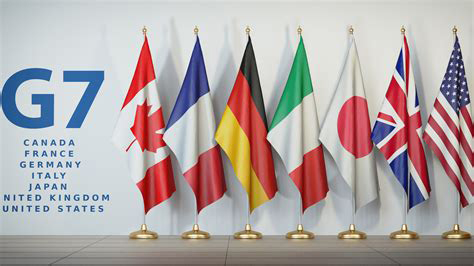 Due to advent of e-commerce and IoT, the businesses have less of physical trace and therefore its easy for organisation of developed world which largely follows residency-based taxation to shift their headquarters to locations where the tax rates are favourable.
Major economies are aiming to discourage multinationals companies (MNC’s) from shifting profits and tax revenues to low-tax countries i.e. Base Erosion and Profit Shifting regardless of wherefrom their revenues are generated from the sale of goods and services.
In the recent G-7 summit on June 5, it was in principle decided for setting a Global minimum corporate tax rate of at least 15% on multinational companies which operates in different geographies based on their operations instead of where these MNC’s are having headquarters.
Also, the countries where big firms operate would get the right to tax at least 20% of profits exceeding a 10% margin which would apply to the largest and most profitable multinational enterprises.
The G7 includes the economies of UK, Canada, France, Germany, Italy, Japan, and the US.
The decision would be placed and discussed in detail before the G-20 countries, a group of developing and developed nations, in a meeting scheduled for July in Venice for further proceedings.

This tax rate would apply to companies’ global profits. Therefore, if G-7 countries agree on a global minimum tax rate, then there is no bar on the country’s government for deciding local corporate tax rate.
But if companies pay lower rates in a particular country, their home governments could “increase” their taxes to the agreed minimum rate, eliminating the advantage of shifting profits.

WHY IS THIS TAX REQUIRED?

India has been a front runner in taxing multinational companies and tech giants which was already seen with the introduction of equalisation levy way back in 2016.

With effect from 1st April, 2021 India has now introduced the concept of Significant Economic Presence (SEP) whereby a foreign company/entity shall be deemed to have a virtual permanent establishment in India subject to fulfilment of certain conditions and tax shall be charged at high rate of 40% (being a tax rate of foreign company) but India’s existing treaties with foreign countries contain the conventional concept of location based permanent establishment (PE) for taxing business profits of a non-resident and the inclusion of SEP shall not be read into the tax treaties unless they are amended.

India is likely to benefit from above measures as proposed by G-7 Nations because India is a large market for major tech companies. Once the allocation of profit is decided then the India would be able to Tax the Profit as per Global norms.